14.02.2009 От Андрей Минаков В Архив 0 Комментариев
Aikido is one of the most graceful modern martial arts of Japan. It was created in late 1920s by Master Morihei Ueshiba (1883 — 1969), who united practical techniques of self-defense from the art of fencing with swords and spears, as well as other, more ancient types of martial arts in a unique system of physical and spiritual perfection. 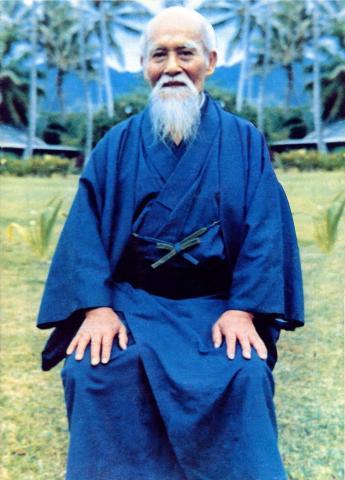 Unlike most martial arts, Aikido strives to absorb impact instead of blocking it. The major goal in aikido is co-ordination with the attacker's movement and prolongation of this movement while controlling and redirecting its energy.

In Aikido there are no competitions, because it is based on philosophy of absence of conflict. Absence of conflict means suppressing human instincts of aggression and rivalry and directing them on the way of concord and harmony.

Skill level of those practicing Aikido is assessed by a special commission at qualification examinations, after which candidates are awarded appropriate Kyu and Dan ranks.

Today the art of Aikido includes several schools. The principal one (which dates back to the Founder of Aikido and is now headed by his grandson, Moriteru Ueshiba) is the AIKIKAI Aikido school. It develops successfully in 56 countries of the world, and the number of practitioners already exceeds 1.2 million people.