Ne Polni Program or The Deep End of the Pool, Part 1

Главная Архив Ne Polni Program or The Deep End of the Pool, Part 1

Ne Polni Program or The Deep End of the Pool, Part 1

The beginning of week 2!!

After revelling in my renewed strength on Monday, I figured I could do 3 classes a day. Then Tuesday morning hit me. And it looked rather a lot like the mat.

Since I'd started planning my trip here, I'd been wondering if I'd be able to attend Doshu's classes. I was told I could watch in the beginning and then figure it out later. So I decided to watch on Thursday morning. I went to class and sat in the back . Doshu's demonstrations are fast. He demonstrates a technique four times and that's it. Then you practice. He started the class, setting a pace with shomenuchi iriminage, and I watched as people threw each other down in the space of about 2 tatamis, not more.

And Doshu passed by. He corrected a few people. He practice in a bit with one pair. He moved on.  I continued to watch. People were practicing at all speeds. The main thing was maintaining the practice, not stopping.

And Doshu passed by again. He worked in with the same group, joyfully splatting and pinning his ukes into the mat. At that point, I already knew that one of the students was one of the ukes he demonstrates with.

It was on the third pass that Doshu turned to me and said, " You're not practicing?" At which point I spluttered something about hoping it would be okay to join his class, although my Japanese completely failed me and I can only hope I said what I think I remember having said. His reply was along the lines of "You came to Hombu to practice, roght?" Well, yes. " Then, practice!"

I took to heart what I will forever more consider my "personal invitation" to join Doshu's class, and set my alarm for 4 am so I could make the journey in to Tokyo. 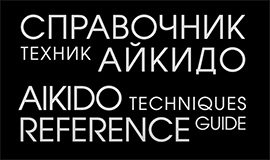